I find immense satisfaction in continuously serving somebody else something amazing to eat and proud to be in charge of the legacy of Buon Ricordo created by Armando Percuoco.

For David Wright cooking is his passion and vocation. Since he was a boy, learning from his Sicilian nonna after school and fishing off the rocks with his uncle, cooking has been in his blood.

Driven by a desire to do better each day, David brings a dedication and fire to the kitchen. Now as the new owner and operator at Buon Ricordo, the iconic Sydney dining experience where he has been the Head Chef for the last 7 years, he has a chance to look back on his journey.

“I have made Buon Ricordo my home. It’s more than just a job for me,” says David reflecting on what it means to take the helm since the announcement of Armando Percuoco’s retirement.

“It’s not so much about me as a chef, but about Buon Ricordo as an establishment, an institution. We have a certain legacy to pay attention to.” 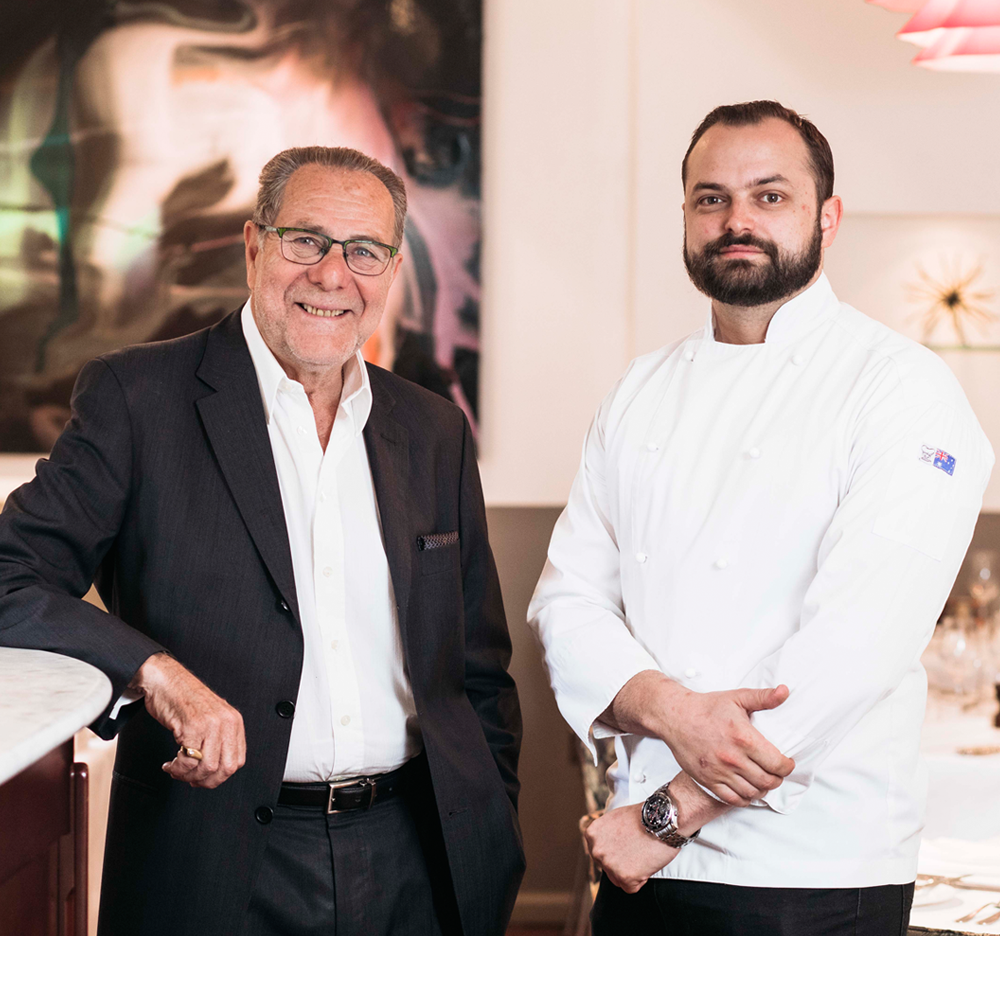 Joining Armando at Buon Ricordo. during the last two years of his apprenticeship, David admits that he made a young and impressionable protégé.

David came to the restaurant at 17 and moved on to step into his boss’s shoes. First, he became head chef at the young age of 23 and now owner of the restaurant, at the tender age of 30.

“He showed me another whole world or philosophy which was incredibly formative for me both as a chef and a person.”

David who is dedicated to the establishment describes how he married Buon Ricordo’s sous chef, Rosalba Bertocci before starting a family with her. Now he says he feels more like a custodian, preserving the traditions and rituals of Buon Ricordo for the next generation, rather than renovator and innovator of the brand.

“People have grown up in here, people have been married and baptised in this restaurant. Now we are looking after the grandkids of the original customers.”

David has spent significant time cooking in Italy. Being sent by Armando to his native land Naples, as a soon as he was fully qualified, David Wright studied the elevated art of Italian cooking at the two star Michelin restaurant Don Alfonzo run by the Laccarino family at Sant’Agata in Sorrento.

Being surrounded by a team of 25 chefs, David had the chance to spend a season working with Italian summer truffles and other regional produce, before travelling to Sicily and the Aeolian Islands to spend time cooking in his ancestral homelands.

Later David won a scholarship to The International School of Italian Cuisine, the Alma Scuola Cucina, to enjoy periods of structured study and practical training inside the Ducal Palace of Colorno.

Still nothing has been so influential on his cooking as the Australian landscape, growing up on the Central Coast where he was surrounded by plenty of local estuary fish, like bream, flathead and leather jacket.

“I have always been very passionate about seafood. Where I grew up was very close to the beach, so every day was about fishing and surfing. I daresay that time had a big influence on my cooking, because to this day, a lot of my dishes are seafood focused,” Wright says.